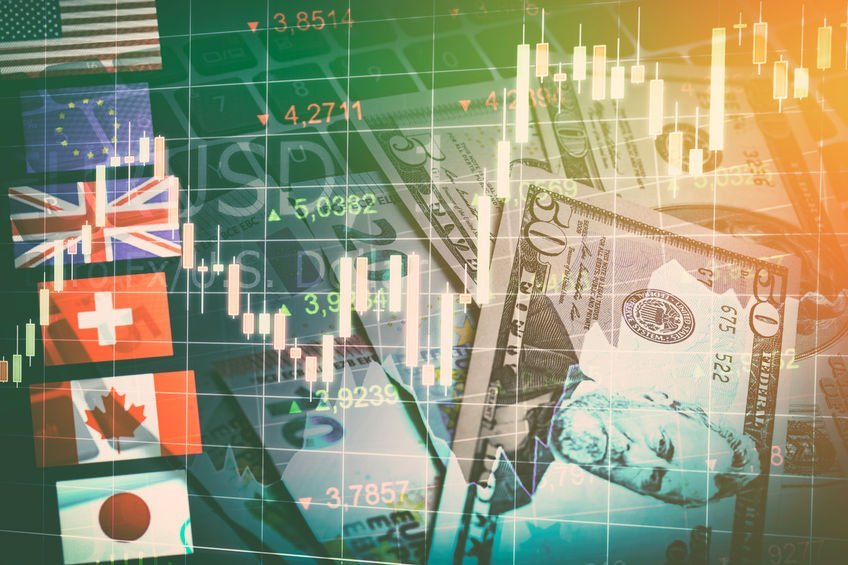 For years, rumors circulated about a new global currency that was going to replace the dollar – it was going to be red, they said – called the Phoenix.

I’m not sure what these folks were smoking, but there never was such a currency.

Not a Red Phoenix, but after 50+ years in the making, the plans for a new supranational (global) currency are moving toward the end game.

There is a backstory.

You have probably never heard of the SDR, or if you have, perhaps never fully understood what it was. But you had better get used to the term.

SDR is an acronym that stands for Special Drawing Rights. Special Drawing Rights are the currency of the International Monetary Fund – the financial predator founded in the final days of World War II at a conference run by U.S. Treasury official turned Soviet spy, Harry Dexter White and the oh-so-peculiar British economist, John Maynard Keynes.

The IMF calls it a “global reserve asset”, but that’s because they don’t want to call it a currency. Not yet.

The SDR was created in 1969 by the CIA, but that is another story.

Like virtually every other currency on the planet, it is a fiat currency – meaning it exists only by fiat – by degree. A fiat currency is not backed by anything tangible. It is a currency because a government says, “This is the monetary unit of the country.”  The SDR is supranational (that is, it haspower or influence that transcends national boundaries or governments), but is “backed” by other fiat currencies: the Dollar, Pound, Euro, and Yen.

Like some B movie financial Frankenstein, it has essentially been tethered behind the Orwellian walls of the IMF’s for half a century. It was, however, created for a purpose, which is starting to manifest as the SDR is now tiptoeing on to the stage of global finance.

The news media paid virtually no attention last year when the IMF flip flopped on including the Chinese currency (the Renminbi or RMB) as part of the bank’s “basket of currencies” that support the SDR.

As mentioned, the SDR is “backed” by the four major national currencies: the Dollar, the Yen, the Pound and the Euro. China has been engaged in a mighty PR offensive to have the RMB included as a part of this “basket” that backs the SDR.

There is global prestige to this in addition to the perceived increase in the strength of the RMB.

In August, 2015, the silver-haired, French Marxist, Christine Lagarde, who is the Managing Director of the IMF, indicated that while the convertibility of the RMB (its ability to be exchanged with other currencies on global markets) did show improvement it would be at least a year before the IMF would consider including  it in the basket that backed the SDR. There was no guarantee it would even be included then; she simply said the matter would be reconsidered in a year.
http://www.wsj.com/articles/chinas-resistance-to-reform-may-grow-with-imf-rejection-1440076190

It was barely 90 days later that she changed her mind and agreed to admit the RMB into the club. The IMF’s blessing made major international news but no one mentioned that this is was a blatant about-face.

“It’s a big win for Beijing as they look to bolster their image and to get the respect they think they deserve,” said Timothy Adams, President of the Institute of International Finance and a former U.S. Treasury Undersecretary. http://www.bloomberg.com/news/articles/2015-11-30/imf-backs-yuan-in-reserve-currency-club-after-rejection-in-2010

Could it be that what changed her mind was a behind-the-wizard’s-curtain agreement with the Chinese Finance Ministry to partner with the World Bank and issue SDR denominated bonds for private investment? In another unheralded news item, the Chinese central bank announced that it would be partnering with the World Bank to issue private sector SDR bonds.

You have to be some kind of Wall Street bond trader to understand and get the significance of this, and I’m sure even those guys don’t fully get the import.

Without getting into all of the ins and outs of bond trading, the eyebrow-raising aspect of this announcement is that the SDR, which has remained a trading asset between the IMF and sovereign central banks for decades, has now quietly moved onto the stage of private investment.

The long term strategic plan of Zibigniew Brezezinski for a new global monetary system was set forth in his 1970 book, Between Two Ages. Brezezinski, as you may remember was Jimmy Carter’s National Security Advisor.

The new monetary system, he said, would be a trilateral structure involving North America, Western Europe and the most powerful Asian country. He proposed to establish a council to facilitate this trilateral approach. It was envisioned as a high level council for “global cooperation” of the developed world. Three years later, he partnered with David Rockefeller and formed the Trilateral Commission.

“Global cooperation” is such a humanitarian sounding term for a New World Order.

The SDR will move forward on the world stage now – slowly or maybe not so slowly – and it will muscle the dollar off of its perch as the world reserve currency – the currency held by the central banks of the world and used for international trade. It will be backed by the Dollar, the Euro and the RMB (or perhaps some combination of the RMB and the Yen). And, as it grows in power as the world reserve currency, the SDR, and the SDR alone, will control the monetary policy on the planet.

Brzezinski and Rockefeller will long be dead, but if the founding Trilateralists have their way, world trade and commerce – indeed the entire global monetary system – will be determined by a cabal of malignant international bankers.

So what do we do… just roll over and accept the Orwellian vision of a couple of crusty old globalists?

I don’t think so.

This newsletter is written, first of all to inform. Ninety-nine percent of people aren’t aware of this hidden agenda. So first and foremost, this is an alert.

Secondly there are things which can be done to reverse the perilous course of both national and global finance. I will continue writing about them in this newsletter. To start, here a few things to do – some of which I have covered before, but they bear repeating.

In a surprise move, this year’s Republican Platform calls for a reinstatement

of Glass-Steagall. It should be reinstated.

This is not political plug for the Republicans – indeed, Bernie Sanders was/is a strong proponent for an improved version of the law.

So, whoever wins the White House or controls Congress, if you want to take    action, one step that will help bring about financial reform would be to      contact your representatives in the House and Senate and push for a  reinstatement of Glass Steagall – now and after the election.

The passage of Glass Steagall would not, by itself, be a dagger in the heart of the IMF or the SDR, but it would be a powerful blow. It’s a start. Let’s take this first step.

I will keep you posted on this agenda and other things that can be done, but this will get the ball rolling.