Home Portfolio The Extinction of the US dollar

The dollar, and much of America’s economic autonomy, may be the next two endangered species created by the global economic crisis – and the two events may actually be linked, according to one expert.

“The recent global economic crisis didn’t just happen – it was created,” said John Truman Wolfe, a banking industry expert and author of Crisis By Design: The Untold Story of The Global Financial Coup and What You Can Do About It (www.johntrumanwolfe.com), which explains how the financial crisis was caused. “It was designed by a group of international bankers operating out of the Bank for International Settlements (BIS) in Basel , Switzerland . The purpose was twofold: to remove the United States and the U.S. dollar as the stable point in international finance, and to replace them with what Timothy Geithner (at the time, President of the New York Fed) called a GMA – a Global Monetary Authority.

Wolfe – the pen name for Bruce Wiseman, who has logged more than 25 years in banking, credit and investment – believes the ultimate trigger for the financial collapse was an accounting rule issued by the BIS. 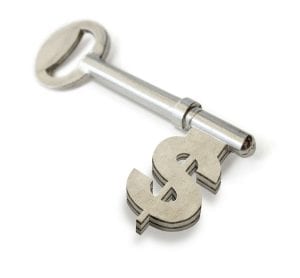 “Whenever I talk about this, people ask me how can a bank that they’ve never heard of, that made a rule they’ve never heard of, cause a global financial crisis,” Wolfe added. “Ultimately, it’s because we let them. Central Banks are those financial institutions that control a nation’s money and credit. Many of them are privately owned. The planet’s 55 major central banks are all members of the BIS, which is the central bank for central banks. In 1988, they set down an accounting rule called ‘ Basel I,’ which set a standard on how much capital each bank should have in reserves. That standard was quickly adopted around the globe. A new rule that was established in 2004, labeled ‘Basel II,’ was adopted by the United States a few years later, and is what caused the most recent financial crisis.”

Basel II, according to Wolfe, was an accounting rule that dictated how banks needed to adjust their books when accounting for the difference between how they valued their marketable securities (such as mortgage-backed securities) and how the market valued them.

“A rough example would be this: let’s say your house, and the others on your street, were all worth about $400,000. If you owe $300,000 on your place, you have $100,000 in equity,” Wolfe explained. “Your neighbor decides to sell his house, but a major termite infestation is discovered and he is only able to sell it for $200,000. Shortly thereafter, you get a demand letter from your bank for $100,000 because your house is only worth $200,000 according to ‘the market.’ Your house doesn’t have termites, but it doesn’t matter, because your neighbor’s house sold for $200,000. You must now value your house at this amount. Of course, if the value of your home sinks below the loan balance (which is the case for many people today), banks can’t make you cough up the difference. But if you are a bank, Basel II says in essence that you must adjust the value of your mortgage-backed securities (financial instruments that glutted bank financial statements) if another bank sold theirs for less – termites or no.”

When mortgaged-backed securities became suspect and then crashed in price, the value of these assets on banks’ balance sheets was marked down, Wolfe added.

“This dramatically reduced their capital,” he said. “It is capital (essentially a bank’s reserves) that determines the amount of loans that can be made. Less capital equals fewer loans. The result? Banks couldn’t lend. The credit markets froze.”

In the U.S., the housing bubble burst like a broken piñata, the stock market crashed and the economy took a massive body blow from which it has yet to recover.

“Add to that a new administration that has made trillion dollar budget deficits a new art form, and the dollar has fallen like a rock off a tall building,” Wolfe said.