The US government established a commission to find out what caused the financial crisis. Riiight. Notorious for finding wrong reasons for catastrophes, government commissions are yet magnificent at then proposing  solutions to fix wrong causes, which themselves become  problems.

It took the ten member commission a year and a half, 700 interviews, and 19 days of public hearings to cough up 545 page report that found the culprit – a lack of regulation.

The Fed didn’t do their job, they said.  They missed a chance to act.

How about, the Fed was instrumental in stuffing sub-prime mortgages down the throat of the U.S. banking system until it became so pregnant with diseased derivatives it vomited them on to the backs of taxpayers.? How about an activist Fed gutting the Glass Steagall Act, which opened the door to a planet-wide financial holocaust?

How about a little confront, ladies and gentlemen? How about calling it like it is? 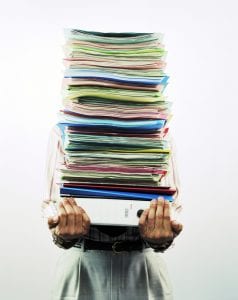 They did single out Easy Money Alan , the Fed’s former chairman. Still a patty-cake literary spanking of the Big Al, but it was a nugget of truth.

That interest rates in the U.S. were “too low for too long” and contributed to the economic meltdown only skims the surface of the series of planned actions that brought the financial system to the brink of collapse.

The larger and more strategic target of removing the U.S. and the U.S. dollar kingpins the international financial system is well underway, and in this, Greenspan and team were successful. The dollar’s position as the world’s reserve currency teeters precariously on world markets as the Fed and Baby Face Geithner, work in tandem to bring it to its knees. The report takes note of the dying dollar, but never ventures a real  WHY – something I cover in detail in earlier blogs and my book.

The report did correctly cover the rewrite of the Community Reinvestment Act (CRA) in 1994, but missed the first seeds of the financial crisis which were planted  years earlier by Greenspan and earlier architects of collapse.

I’m tired of hearing about subprime mortgages. It’s as if these things were living entities that had spawned an epidemic of economic pornography. Subprime mortgages are as much a cause of the current financial crisis as bullets were for the death of JFK.

Someone planned the assassination and someone pulled the trigger.

The media, FBI Director J. Edgar Hoover and the Warren Commission investigating the murder tried to push Lee Harvey Oswald off on the American public. They didn’t buy it. You shouldn’t buy subprime mortgages either. Someone planned the assassination and someone pulled the trigger. Only this time the target is the international financial structure and the bullets are still being fired.