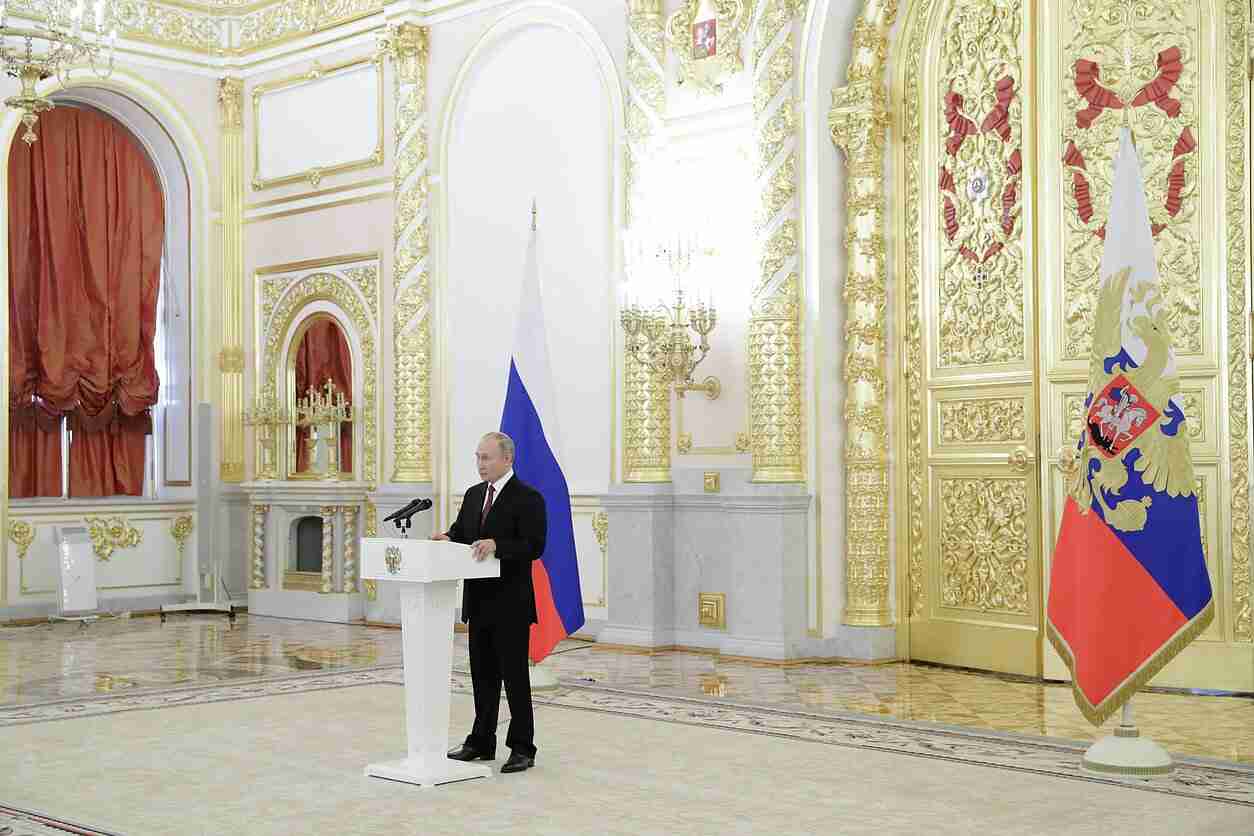 Cryptocurrency
May 2, 2022 Admin AOP No Comments

Why should we not be surprised that a man who admired Joseph Stalin, and who said, “There is no such thing as a former KGB man,” would invade his neighbor displacing millions and killing thousands.
https://en.wikipedia.org/wiki/Chekism

Yes I know, Ukraine and the West we’re guilty of pushing Vladimir’s geo-political buttons, that there are right wing Nazi wannabes operating in the Donbas region of the Ukraine that make life miserable for Russian friendly Ukrainians in the region.

But don’t try to tell me that underneath it all, Vladimir, who, incidentally is obsessed what his legacy will be, is not trying to restore the USSR to its former glory. Reports are that he has been surprised that his Russian “liberators” are not welcomed with open arms in the Ukraine.

It may have slipped Vlad’s mind that Stalin actively worked to suppress Ukrainians and Ukrainian nationalism by furthering the devastation of the Ukrainian famine of 1932-193d 3, which left 3.9 million dead – about 13% of the country’s population.

Vlad may not have expected the military pushback to his invasion, but Ukraine also got a boost to its defensive resources from a surprising new quarter– cryptocurrencies.

Yep. Just two days after the invasion commenced, Ukraine, which happens to be the 4th most crypto friendly nation on the planet, posted the address of its various crypto wallets on social media. It didn’t take long, soon they were accepting 14 different cryptocurrencies.

Cryptos have poured in. Ukraine has now received more that $100 million in cryptocurrencies. They have been able to purchase bullet proof vests medicine, walkie-talkies, helmets, food, and more

The United States and southern NATO countries are now sending billions to the Ukraine in money and armor. But from day one, millions in cryptos poured into the Ukraine’s. Crypto wallets bypassing governments and Banks instantly giving the country access to much needed financial resources.

Capitalizing further on its Blockchain expertise, Ukraine did something else very clever, they auctioned off an NFT of the Ukrainian national flag. It’s brought in $6.5 million, the 10th most expensive NFT ever sold.

Cryptocurrencies and nonfungible tokens (NFTs) have now taken their place on the world stage by helping the Ukraine fight off the brutal assault launched by Vladimir Putin.

The cryptocurrency markets have been quiet the last few months. The bitcoin billionaires are sitting back in their overstuffed chairs pulling on cigars and waiting for the next crypto run, which is surely coming. Cryptocurrencies are here to stay. They have taken a seat at the global financial investment table. That they are being used in this mindless war is a unique and historical use of this currency, but the nearly $2 trillion crypto market continues to present new and exciting investment opportunities outside of Vladimir’s folly.

If you want to stay up-to-date with the fast changing world of cryptocurrencies and the investment opportunities that they bring I suggest you subscribe to my financial newsletter, Strategic Financial Intelligence (https://www.strategicfinancialintelligence.com/product/).

I cover cryptos, NFTs, the metaverse and gold and silver investing.
Join us while the subscription rate remains reduced from $249 per year to $99.

An investment recommendation with this blog, let me recommend Goldshore Resources, Inc. (OTC: GSHRF). It is currently trading at $.53. I like this stock.

Again, for those not yet subscribed, you can do so here. https://www.strategicfinancialintelligence.com/product/