Home Blog There is no Financial Crisis in China

China’s President, Hu Jintao, came to Washington last month with his game face intact. While there was puffery from the likes of New York Senator Charles Schumer about the need for China to let their currency float on the free market, Hu smiled, attended the state dinner in his honor, and stopped by Chicago on his way out of town and signed a deal by which China’s largest bank (and by some measures the largest bank in the world), the Industrial & Commercial Bank of China Ltd. agreed to acquire buying the Bank of East Asia which has branch networks in California and New York. There is no Financial Crisis in China.

All the bluster in Washington was just that, bluster.  Let’s not kid ourselves, China is our banker. At least they have been. They own more US debt than any other country. That said, it is no surprise they have stopped buying our IOUs because of the appalling lack of fiscal discipline in Washington.

How in the world does Schumer find the gall to criticize China’s financial policies when they have $3 trillion in reserves and we are $14 trillion in debt?

China’s financial policies have also resulted in a remarkably strong currency, called the Yuan, also called the Renminbi or RMB. It is, of course, true that the Chinese government has intentionally suppressed the value of the RMB to keep the cost of its goods cheap on world markets.

This is what Charlie Schumer was blowing smoke about. But let’s be brutally honest, we are no longer in a position to muscle China around. The US is still trading on more than half a century of being king world. Sorry, we have buried ourselves in so much debt, that our stature is rapidly declining.

Meanwhile, the Chinese are flourishing and prospering and aren’t about to take a bunch of advice from the Godfather of Fannie and Freddie – the aforementioned Chuckie Schumer. 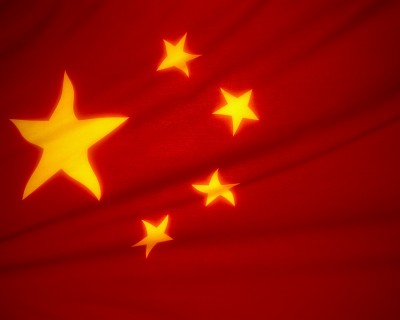 Meanwhile, as covered in Crisis by Design, I have long been a fan of the RMB. This currency is a strong because a currency reflects the confidence that people have in the country that issues it. And people do have a strong (and growing) confidence in China’s economic fortunes.

A strength of a currency represents a country’s production. And the people of China produce.

The Chinese government has suppressed the real value of the RMB  because if the RMB appreciates to its real value, the cost of Chinese goods would go up dramatically and China’s export markets would stall. So they are letting it increase gradiently.

In my opinion, this increase will become more and more pronounced as the months and years go on. People can diversify out of dollars and open an RMB accounts here in the US now. This can be done with Everbank in Florida (www.everbank.com). And just recently, branches of the Bank of China here in the US have made RMB deposit accounts available.

As long as China stays productive the RMB will continue to appreciate against the dollar. One way to restore confidence in the dollar would be to tell your elected officials in Washington to stop the spending and borrowing and start whittling the federal government down to size.

Do that, and keep your powder dry.