The economic holocaust in what is surely the most pejorative acronym in economic history, the PIIGS – Portugal, Ireland, Italy, Greece and Spain – has taken a media back seat to the political wildfire that has engulfed Egypt, and other countries in the Middle East. The revolution in Egypt (one cannot call it anything but) has more immediate and shocking imagery of chaos, violence, destruction and death than a quintet of Europe’s economic step children crumbling under a tsunami of debt.

It is on the carnage of life, that the media feasts.

One cannot minimize the political earthquake occurring in the land of the pharaohs, but the crumbling of national sovereignty in Europe under the weight of the debt-driven social programs has more dangerous long term consequences for those of us in the land of the $1,500,000,000 budget deficits.

More to the point, the rolling financial crisis in Europe is really the second act of a staged play. Act one: take down the U.S. and the U.S. dollar as the stable point in international finance and in the midst of that chaos, in response to that chaos, replace them with a GMA.

A Global Monetary Authority. Peal the onion on this turn of phrase (first promulgated on my radar by baby-face Timmy Geithner when President of the New York Fed) and we find what can only be described as a financial dictator for the planet. 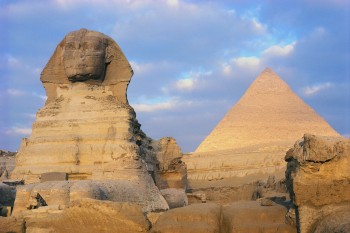 Sounds oh so conspiratorial, until one discovers that is exactly what happened on April 2, 2009 at the G-20 meeting in London, where a Global Monetary Authority was quietly created and placed in the Bank for International Settlements (BIS) – the central banker’s central bank.

Act two then, the Crisis in the PIIGS, is serving as a further demonstration of how it is, why it is, that sovereign nations cannot manage their own financial affairs and an international financial authority is the only solution. Read the European financial press and the underlying message of the times drives home the need for an international financial authority – this despite the fact that it is these very bodies that helped create the crisis in the first place.

It is an operating basis, really: overtly or covertly facilitate the addiction of parliamentarians to debt and when they cannot pay it, as any third-grader who can add would have told them, demand international control of the country’s finances.

This act is being played out now by the IMF and European Central Bank (BIS acolytes) and they will, I predict, grab handfuls of new power over the affairs of the nations of Europe.

But this play is not over.

It will return to the United States with a vengeance. Interest rates are rising. The bond market is in free fall. Cities and counties are going bankrupt, and several states would likely do the same if they could (Congress recently considered and then rejected legislation permitting them to do so).

The defining question of the age is not the oh so predictable fall of Mubarak and company, but whether or not the boys from Basel (seat of the Bank for International Settlements – which incidentally, is not subject to Swiss Law or any law that we are aware of) or the United States Congress will determine the course of our nation into the 21st century.