Home Blog Financial Crisis: A Conspiracy by any Other Name…

There are those in whose interest it is to have the word “conspiracy” conjure up an almost cartoonish image of a small group of wicked men meeting in a dimly lit conference room planning out the destruction of the world (or some part thereof ). People who use the word or even hint that there are organized groups of individuals with malicious agendas, operating covertly to carry them out are condescendingly referred to as “conspiracy theorists” by the sycophant media.

Readers of this blog or my book now know that Global Financial Crisis was knowingly planned for at least twelve years then executed with precision by an inter connected group of international and investment bankers.

2. The International Monetary Fund, The World Bank and  the US Federal Reserve Bank.

3. Other executives and alumni of Goldman Sachs.

Known as Hitler’s bank, the BIS worked with the Nazis facilitating the transfer of gold from Nazi-occupied countries to the Reichsbank during the Second World War.

The BIS is completely above the law, like a nation state. Its personnel have diplomatic immunity. No taxes are levied on the bank or the employees’ salaries. The grounds and buildings are sovereign. The Swiss government has no legal jurisdiction over the BIS and no government agency or authority has oversight over its operations.

The BIS is where the world’s central banks meet to determine what courses of action they will take to exercise control over national economies. Since Central Banks control the amount of money in circulation and how much interest is charged to governments and banks for borrowing from them, politicians accede to their wishes.

Central Banks, and through them, national governments, are now required to comply with the Twelve International Standards and Codes established by the Financial Stability Board  in April of 2009. Non-compliance can have undesirable economic consequences, which in turn drive political agendas. That is the power of the BIS. 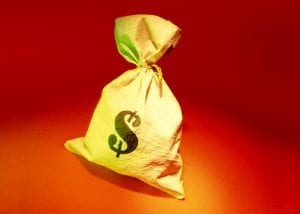 Keeping entire populations down, ignorant and enslaved has a long history in this world. The feudal systems of Europe, the caste system of India, the slave trade of the New World and long histories of slavery prior to that in Asia and ancient Egypt & Greece are but a few examples.

The enslaving of populations is nothing new. Only the method is new. Instead of armored men on horseback and legions of bow and arrow archers, the new nation-conquering international banker uses currency manipulation, national debt and strings attached to that debt. The strings attached are the Twelve International Standards and Codes that I am in the midst of outlining.

It’s NOT too late to stop this. Read the other December 2010 blogs or my book to learn exactly what to do to stop these economic war criminals..

Keep your powder dry and remember that the pen is mightier than the sword of the international banker. Write your Senators and Congressperson and insist they VOTE on the “treaty” Obama unilaterally signed in April 2009 with the BIS’ Financial Stability Board and that they add provision for real oversight and checks and balances over the BIS and its actions.

There is still time.