Home Blog Bennie and the Feds: How Libya Played the Fed during the Financial...

BENNIE AND THE FEDS

Ben Bernanke has all the emotion of a fried circuit board. 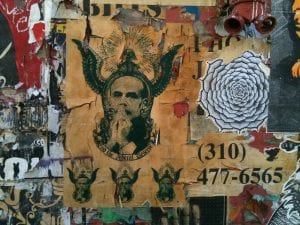 His dome is buffed, his beard is fastidiously trimmed, but I’ve never seen the guy smile.

Even if he weren’t Wall Street’s android, it’s not smiling time for the B-man, because after months of fighting tooth and nail all the way to the Supreme Court to stop it, Bennie and the Feds lost their effort to keep the records of what they did during the financial crisis hidden from the American public.

As a result, last Thursday, the Fed vomited 30,000 pages of previously confidential information into the public consciousness.

And what do we find buried in the 900 computer files of information the Federal Reserve Bank was forced to cough up? We find that they dished out $3.2 trillion to companies and banks around the planet like some crack-smoking Santa Claus.

One of the beneficiaries of Ben’s largess was a bank with branches in New York named the Arab Banking Corp. The Arab Banking Corp is 59% owned by… (sound of trumpets) none other than, Colonel Murammar Gaddafi’s Central Bank of Libya.

In fact, Benny and the Feds gave at least 46 “emergency” loans to the Arab Banking Corp. during the Fall of 2008, some with an interest rate as low as ¼ of 1 percent.

So while you were busting your hump to pay your 24% interest rate credit card, Middle East Messiah-in-his-own-mind, Colonel Murammar Gaddafi (who looks a little like he’s had a Prozac IV here) had an extension of his central bank snatch a cool $26 billion from Brother Ben at interest rates that could slide under a snake’s belly.

We love you, Ben.

Well, you say, that was then, and this is now, and the Administration has discovered that Gaddafi is actually a dictator scumbag and we’re currently bombing him back to the Stone Age.

This, of course, is no defense of Gaddafi, who is an evil bastard with the IQ of fresh Mississippi road kill, but rather an expose of the fiscally insane actions of the Fed, the debt-driven US financial system and the treacherous clowns that run it.

The Federal Reserve Bank is a tumor on the body of the United States of America. It should be removed. If there was ever an opportunity to do just that, it is now.

The one Congressman who has spent his career in pursuit of this goal, Ron Paul of Texas, is now the Chairman of the Financial Services Subcommittee on Domestic Monetary Policy and Technology, the Committee that oversees the Fed. This is Ben Bernanke’s worst nightmare and one of the greatest opportunities this country has ever had to forward the cause of economic freedom.

More revelations will come out about the Fed’s corruption. It is in their DNA. When they do, write Congressman Paul and thank him, because it was his legislation that forced the disclosure in the first place, and support any new effort he initiates to eliminate or curb the power of the Federal Reserve Bank.