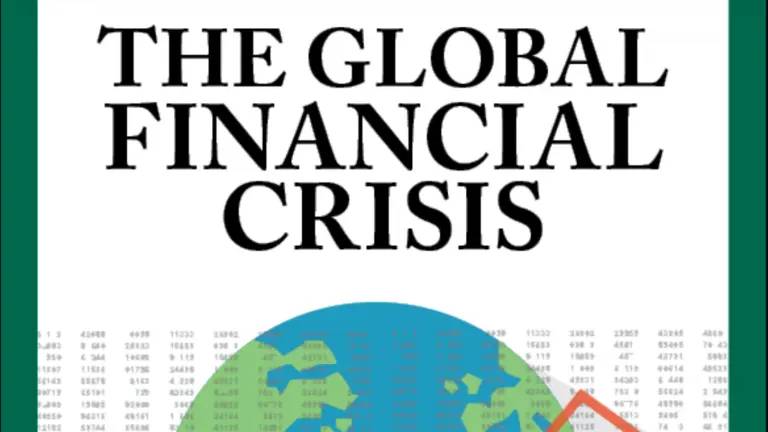 This is the third and final segment of A Greek Tragedy.  It covers what occurred in Greece and what is truly needed to prevent a continuing Global Financial Crisis.

The country finally hit the wall about a year ago, at which point there was a real potential that the nation of Pericles was going to declare bankruptcy.

What does this mean? It means that Greece had reached the point that they could no longer pay the interest on their debt – their bonds.

Markets roiled as Greece went cap in hand to their brethren in the European Union, “Buddy, can you spare a billion?”  The Eurozone countries bitched, protested and criticized, and in the end, along with help from the IMF, coughed up $146 billion.

It wasn’t altruism, mind you. No, no. This was pure self-interest. The situation in Greece had helped to drive the value of the Euro down 15% during the first six months of the year. (George Soros, the Dorian Gray of international finance, must have been orgasmic.) The bailout halted the fall.

If Greece had gone bankrupt, the Euro would have become a doormat on international currency markets and Eurozone economies would have descended into some kind of fiscal horror show.

But it wasn’t just the sky-diving currency that got them to pony up: European banks including those in France, Germany and Switzerland held over $200 billion dollar’s worth of Greek debt. Just like their good ole’ Uncle Sam, with banks at risk, Greece became “too big to fail.”

The deeper problem is this: it isn’t just Greece. In what can only be described as one of the world’s more disgusting acronyms, Spain, Ireland and Portugal have now been included in the fraternity of the financially fallen, which is referred to in the financial press as the PIGS (Portugal, Ireland, Greece and Spain). Italy is often included which expands it into PIIGS. Some include Great Britain, which makes it PIIGGS. Still, a pig by any other name….

The following lead from the May 6, 2010 issue of World Politics Review is one of countless articles exposing the fact that the deficit ridden PIIGS could bring down the economies of Europe.

With last year’s swine flu scare already a distant memory, the risk of a new epidemic is spreading across Europe. This time the fears have to do not with the H1N1 virus, but with the debt contagion facing Europe’s PIIGS: Portugal, Ireland, Italy, Greece and Spain. With each of these countries carrying high debt-to-GDP ratios, financial markets are growing increasingly skeptical that Greece’s debt crisis will be successfully quarantined within its borders.

No surprise really when one considers that 15 of the 16 zone members have used swaps to “manage” their debt.

“The BBC said Irish officials were holding preliminary discussions with the EU about getting assistance from the European Financial Stability Fund. Officials estimated the country would need a bailout of $82 billion to $110 billion.”

Irish officials denied that they were seeking a bailout until the EU agreed to cough up $115 billion on November 29th so that Ireland could follow in the footsteps of their Hellenic brethren – the debt needle inserted deeply in the fiscal vein while the country goes slowly unconscious.

IMF, drug dealers to the world.

The point here is not Ireland, or Greece, for that matter.

American banking is not immune. U.S. banks have $216 trillion in derivatives: JPMorgan, $81 trillion, Bank of America, $38 trillion, Citibank, $29 trillion, Goldman Sachs, $39 trillion, HSBC North America, $3.4 trillion, Wells Fargo, $1.8 trillion; this according to the Office of the Controller of Currency’s quarterly report for the first quarter of 2010 and the March 30, 2009 article Geithner’s Dirty Little Secret by William Engdahl. Historically, 60% of derivatives are interest rate swaps. Do the math.

(Note: the derivatives market consists, to large degree, of bets on other people’s bets. A swap is made [which is really a bet on which way interest rates will go, or whether a country’s bonds will be repaid, etc.] and then other people and institutions bet on which way the swap will go, and then others bet on that bet and others bet on…. In short, it’s a colossal Ponzi scheme operating as a global casino, built on hot air and greed. So, lots of people are betting a derivative will go one way and a corresponding number are betting the opposite. If all of these bets were called at the same time, many would cancel each other out. If all of the bets on bets are washed out, the actual money at risk is about 20% of the face value of the derivatives market. Still, we are talking about trillions.)

Which brings us back to what is truly driving the actions of the Fed, the International Monetary Fund and the Bank for International Settlements.

Perhaps you have noticed that the Federal Reserve (which we remind you, is owned by the major New York banks, not the U.S. government) has kept interest rates at zero for the last two years.

What happened to the banks who bet on low interest rates using interest rate swaps? They made billions in profit. Why? Because they arranged to receive fixed rates from borrowers (cities, states, universities) in exchange for floating rates. The floating rates were tied to the Federal Reserve’s Fed Funds rate, which was lowered to zero due to the “financial crisis.”

Consider the fact that the financial crisis seems to have missed JPMorgan, who made about $5 billion in profit on interest rate swaps during the first 9 months of 2008, the very heart of the crisis.

Goldman Sachs made similar profits on these swaps as did Wells Fargo, to name a few. Of course, the cities, counties and states that took the other side of these bets on the advice of investment bankers to protect their bonds, got slaughtered. But let’s not be too harsh on them. According to Goldman Sachs’ CEO, Lloyd Blankfein, following his testimony before Congress, he’s just a banker “doing God’s work.”

We love you, Lloyd.

But here’s the problem.

The majority of the more than a half quadrillion dollars in interest rate swaps are held mainly by banks.

Stay with me here.

With rates at zero, what’s the only way they can go?

And what will happen to those banks with trillions of dollars of interest rate swaps in their portfolios when rates start to climb?

The planet is drowning in a multi-trillion dollar game of banker baccarat, whose players will suffer massive losses when rates reverse.

Will the Fed warn Goldman and JPMorgan about a coming increase in rates so that they can dump their swaps on some other drunk in the casino? Perhaps, but to whom do you sell trillions of dollars of hot air after someone has stuck a pin in the balloon?

And at this point, this isn’t entirely up to Bennie and the Jets. The U.S. Government went $1.4 trillion in debt last year and recorded a $1.3 trillion deficit this year.

Which means that for China, Japan or the tooth fairy to buy our Treasury Bills now, rates will have to rise. China is not drinking Tim Geithner’s Kool Aid. And the U.S. government will have to raise rates at some point to entice others to buy our fiscal waste. If we don’t raise them, the market will force them up.

Not, says Ben, on my watch. The Bald One just announced he was going to buy $600 billion dollar’s worth of U.S. government debt starting immediately. Ben calls the Alice in Wonderland money injection, “Quantitative Easing.” This is the second round of quantitative easing- the first one was an unqualified disaster – so this one is now referred to as QE2.

Ben is nothing if not brilliant. If he takes to the presses and buys Timmy Geithner’s debt he doesn’t have to rely on his comrades in the People’s Republic of China to buy it. Rates will stay low. And the trillions of dollars of interest rate swaps – which are owned by the same people who own his bank – will be safe.

Ben could be up for a Nobel Prize.

Except that’s not what happened. Finance ministers from around world issued statements implying that Ben was smoking something. And as noted by Mike Larson, of Money and Markets, some of the key U.S. government bond yields not only didn’t go down, they soared.

And what did our bankers, the Chinese, do? The Chinese credit rating agency, Dagong Global, downgraded the debt of the United States citing, “…the detrimental effects of the QE2 plan and the U.S.’s sizable debt load.”

What if, just what if, monetary systems were based strictly on products and real estate values.

Currency would not be paper, based on government dictate, and it wouldn’t be based on gold (though a gold-based currency would be better than fiat, the price of gold can be manipulated.)

The money in circulation would represent the goods and services available to be purchased. There would be sufficient money to buy what was available to be bought. The more productive a country, the more money it would have.

You couldn’t pull a Federal Reserve prank and inflate the currency or deflate it for that matter, which is what causes roller-coastering economies.

There are details to work out: It would take an annual survey of actual GDP, and the currency in circulation would have to be adjusted annually to correspond with actual products. But think about it: a monetary system based on actual products.

The ideas and suggestions contained in this article are not intended as a substitute for consulting with your financial adviser. Always check with your own legal, financial or investment adviser before making investment decisions.

Neither the author nor the publisher shall be liable or responsible for any loss, injury or damage allegedly arising from any information or suggestion in this article. The opinions expressed in this  article represent the personalviews of the author. Past performance is no guarantee of future results and no guarantees are made – experessed or implied.